Previously there hasn’t been any music in Ninja Fingers, only sound effects. This is the soundtrack that will be included in the next update, composed for this game exclusively. 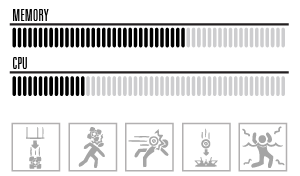 Step 5) Download all the geeklets by right clicking the Geekelts.zip file and select the equivalent of ”save as”.

Step 6) Doubleclidk the ZIP-file to unarchive it. Install the geeklets by doubleclicking them and answering ”yes” when you’re asked if you really want to open the files.

Go to System Preferences > Keyboard > Keyboard Shortcuts Tab and select “All controls” rather than the default of “Text boxes and lists only.” Then when the popup comes up hit TAB then Enter to select ”YES”.

Problem 1) I can’t open the geeklets after I’ve downloaded them. ”I have GeekTool running but it says that it cannot open that type of file. However my icon for the Geeklets is just blank white unlike your in the video.” 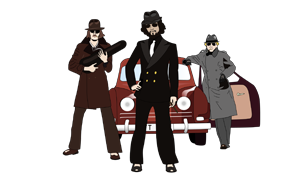 This is a new take of a previous song. It’s inspired by Mark Kozelek and his track called Tiny Cities made of ashes.